Stress Busting Herbs, Where To Start?

Everyone experiences stress at some point in their lifetime. It's is what you feel when you have to take on more than what you are used to handling. Your body responds by releasing hormones that give you a 'fight-or-flight" feeling. You experience an increase in heartbeat and breathing, as well as a boost of energy. However, stress that is not managed correctly can lead to many health problems. Long-term feelings of anxiety can cause high blood pressure, heart disease and obesity. The good news is that your stress can be managed with the use of adaptogenic herbs.

Adaptogenic herbs are natural plant products that increase your resistance against physical, chemical and biological stressors. Unique from other substances, adaptogenic herbs balance endocrine hormones and the immune system. These herbs can have a normalising effect on the body by slowing down hyperactivity and speeding up hypoactivity. They create balance without damaging other parts of the body. Following are five of the best adaptogenic herbs for managing emotional strain.

A study on the effects of Siberian ginseng was performed on 2,100 healthy men and women. After taking Siberian ginseng for 60 days, the participants showed an improved ability to endure extra stress. Each participant was tested on stressors, such as heat, noise, and physical endurance. Not only improving stress management, but they also showed an increase in energy and mental clarity. Siberian ginseng is available in liquid and substantial extracts, capsules or pills, or dried for tea.

Rhodiola Rosea is an adaptogenic herb that grows in Siberia. It relieves stress and fatigue. This herb works as a mood stabiliser by stimulating the dopamine and serotonin levels in the brain. Oxygen is increased. Rhodiola Rosea also contains a high level of antioxidants that boost the immune system. This herb is usually taken in capsule form but can be used in a tea.

Holy basil, also called Tulsi in India, is a sacred herb in the Hindu religion. This herb relieves stress by reducing the number of inflammatory enzymes produced by cortisol. It also stabilises neurotransmitter levels in the brain. Antioxidant properties also improve the immune system to help fight off colds, inflammation and digestive problems. This herb is also available in capsule form or used in teas.

Ashwagandha is an Indian herb that supports your physical and emotional well-being. This adaptogenic regulates cortisone levels to help manage stress and stabilise mood. It strengthens the immune system and calms the nervous system. Ashwagandha is often used in powder form and added to warm milk or used in cooking Capsule form is also available.

A favourite herb in China, the liquorice root has many benefits that help to relieve stress. This herb boosts energy and endurance by releasing a natural hormone. Blood sugar levels and adrenal glands are regulated causing a decrease in fatigue. Liquorice root is also great for calming the mind through the stimulation of cranial and cerebrospinal fluid. This herb comes in a dried or powdered form for tea, tablet or capsule.

This anti-stress Balance Protocol is developed to support the body in achieving optimal nutritional levels, to stimulate general wellness and recalibrate the system. It also has two specific adaptogenic herbal supplements (Ashwagandha and Rhodiola), which can help promote stress resistance, calm the mind, supports relaxation, and is very useful at increasing energy, vitality and stamina during times of stress. Here are some more benefits of our super-charged vitamin Protocols:

Stress is always going to exist, but you can manage it. Taking an adaptogenic herb is a safe, effective, and inexpensive way to help cope with the daily stress in your life. Because these herbs are natural and non-toxic, they are also non-habit forming. Unlike some stimulants, these herbs do not suppress the "fight-or-flight" hormones released during stressful situations. Therefore, your energy and endurance levels remain higher for a more extended period allowing you to manage your stress better.

Anti-Aging Habits You Can Implement Into Your Daily Life 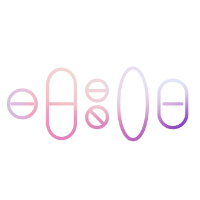 How to Build a New Habit (and Stick With It) 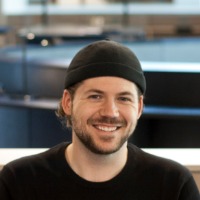